More than a Hashtag

They’ve just added Fresh Prince of Bel Air to Netflix, and my kids are hooked.

They can't believe how funny the Dad of the Karate Kid is.

The opening song reminded me of an event called Live 8, held in 2005.  Over 3 billion people joined together to have their voices heard by the G8 leaders.  The “voice” demanded promises, such as increased aid dollars, debt cancellation, etc.  The message was to “make poverty history”.  And because we are a society that loves to feel good while doing good, 150 bands/musicians played FREE shows in 10 venues across the globe to get people to sign the petitions and get involved.

I was lucky enough to attend and was at the Museum of Art, Philadelphia.  There were over one million people at the venue.  One million human beings!

As I made my way through the crowd the noise evolved. It transitioned without skipping a beat.  It went from cheering, talking, and the noise one million people make in a crowd - to synchronized voices singing “Now this is a story all about how my life got flipped turned up side down…..”

I couldn’t see a single person who wasn’t singing along.  Old, young, male female - EVERYONE was singing/rapping with Philadelphia’s actual prince, Will Smith.  I, of course, started to sing along but a few words in I was so overcome with emotion I had to stop.

It wasn’t the lyrics.

Who cries while singing “chillin’ out maxin’ relaxin’ all cool”?  Besides me…. and my husband apparently (we both cried and didn’t tell each other).

It was the unity.  The bond we all had.  The simple (and stupid) tv show that connected us to each other.  The energy was more powerful than a hurricane and it swept me off my feet.

We are so dynamic and beautiful when we are unified.   When positivity and purpose pulse out from our bodies like sound waves from a speaker.  The beauty of that moment feels fresh when I recall it, and it hasn’t lost its power.

The results of the Live 8 concerts were impressive.  30 million signatures were given to the head of the G8 (Tony Blair) and the voices of those people made an impact.

Whether we join together to celebrate or to protest - we are powerful when we unite.

Right now, there are a group of young Nigerian women who have been kidnapped with the threat of being sold into slavery.    You may not hear about them now that the USA has had another mass shooting.  Now that Kimye has tied the knot.  Now that the news feeds on your screens are filling up with other stories, headlines, ratings and clicks earners.

Kidnapping happens every day in every country.  The media attention this particular kidnapping is getting does not diminish the violence against the other human beings stolen and sold into slavery.

Our voices are big.  We are powerful when we stand together.  If you haven’t taken a moment to consider how you might do your part to help, please find a way.  The crisis is not over once this particular "story" is resolved.  Please use the momentum from this highly publicized case to move you to action.

We allow things to move us, to touch our hearts and for the most part - we do nothing.  Unless doing nothing is the action, of course.  I will NOT go to Marineland or Seaworld.  I will not eat at Chick-Fill-A ever again.  I will not buy clothes from Abercrombie.  Sometimes we "do something" by adding a hashtag to a status on a social networking site.  If we are feeling really brave we'll even mention it on our Facebook and share a story. 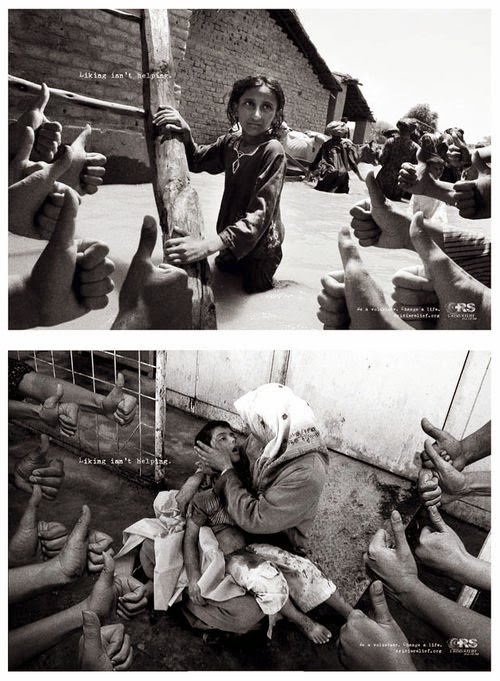 What about DOING something.  Actively doing something.  It can be small.  So small you barely notice.  If we all do something small, like sign our name, volunteer, send a donation - it can lead to something big.

Please be moved to action.  If you need a start in the right direction,  here are a few ways you can involve yourself in the fight against modern day slavery and human trafficking.

World Vision’s campaign No Child for Sale   PLEASE WATCH THIS; it's powerful, motivating and gives you actual things you can do (including signing your name).   They also have a series of commercials under the No Child for Sale banner, I suggest watching them (and yes, sharing them too).

The END IT Movement is another way to get involved.  If you are looking for a non-denominational charity to support, consider joining the movement.  They released this powerful video to demonstrate the slavery in our own back yard, and have several ways to participate.


Pennies For Freedom
I have the privilege of knowing this young man and his remarkable Mother.  Nathan has a true passion for justice and they are a wonderful charity to support.  Look for big things from Pennies for Freedom.  If you want to get to know the founders better, watch this recent Global News profile:   http://globalnews.ca/?s=human+trafficking+everyday+hero

I don't want to brow beat anyone here - that never works.  I just want to encourage you to listen to that feeling you get when your heart breaks at hearing another news story like the Nigerian women.  I want you to stand up for what moves you - whatever that may be.  We are the problem, each one of us, and we can be the solution -
but it will take more than a hashtag.

Utilizing a budget means making small choices that add up to big numbers.  No impulse buys (even when it’s only a dollar or two) , and n...

Rose of Sharon
After my c-sections I was up and out of the hospital within 24 hours. I. am. bad. ass.